If you’re one of the lucky ones who get to watch the famous Waterford Ball Drop in New York’s Times Square on New Year’s Eve, you may already have your game plan lined out for the evening’s festivities. However, with all the flight delays and increase in the number of holiday visitors to New York City for the holidays, it may be your first time to experience a New Year’s Eve celebration in the most famous spot in the world for this event.

Make a New Year’s Wish – Try to get to the Times Square Visitor Center before New Year’s Eve and leave a wishon the wishing wall to be included in the confetti drop at midnight. This year, Carnival Cruise Lines is the official sponsor of the Carnival Wishing Wall and your wish just might be part of the magic that floats down on the crowd standing in Times Square as the ball drops at midnight.

One Times Square – This is the official address for the ball drop, but let’s be real, the intense crowds may be in a festive mood, but they’ll definitely be out in full force. Get there early enough to secure your own space.

Dress Warm – Recent blizzard. It will be cold. Keep your digits wrapped warmly and have the rest of yourself bundled up also.

Leave the backpack at your hotel – Security is always tight in NYC and New Year’s Eve is a time when the NYPD is even more vigilant. Bags will not be allowed into the area of Times Square on New Year’s Eve for the ball drop.

No Open Alcohol – You’re not in New Orleans and this isn’t Bourbon Street. New York City does not allow open containers, even on New Year’s Eve.

The Need to Pee – Once you find your spot to watch the ball drop, there’s no leaving. Keep your fluid intake to a minimum and be sure to do your business before getting to your ball drop watch spot. There is a public restroom near Times Square sponsored by Charmin but it’s only open until 3pm. Spending New Year’s Eve in New York’s Times Square to watch the live ball drop is an experience you’ll never forget. Enjoy the moment, lift your face towards the sky, and smile as the world rings in the new year. Have a Happy New Year!

Mardi Gras carnival season is a time of celebration all over the world. Here in my state of Louisiana, it’s also a state holiday so that everyone of all ages can enjoy the celebration. When most people hear the words Mardi Gras, they think of New Orleans, Bourbon Street, and some adult craziness. Mardi Gras…

The holiday season can be filled with presents and family and parties and chaos. For many people, the holidays can also be a time of reflection and nostalgia and TRAVEL! My kids are teenagers now and using them as an excuse to enjoy Christmas lights is no longer valid. It’s time for me to admit…

My family visited Sandestin Golf and Beach Resort to check out firsthand just what this Gulf Coast family beach destination was all about. This beach resort is located on the Northwest coast of Florida, between Pensacola and Panama City Beach. It is a gated resort that offers vacation living, hotel lodging, residential areas, and tons of activities for everyone….

My husband surprised me with a wonderful Valentine’s Day gift. What do you get a traveling mama for Valentine’s Day? Luggage of course. We don’t usually spend a lot of money on this holiday, so you can imagine my surprise when my husband delivered a beautiful red carry-on luggage. His words to me were, I… 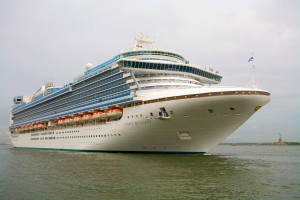 I’ve always been reluctant to cruise, but when Princess Cruises invited me to experience a cruise with a guest of my choosing for a Twitter press trip, it turned into the perfect opportunity to enjoy a romantic week with my husband. After all, Princess Cruises IS The Love Boat! This was the first cruise for both of…

Voluntourism is one way travelers can make an impact on fighting poverty while on holiday. There are a number of ways to volunteer while on vacation, such as helping maintain US National Parks, working with animals, or even traveling with Airline Ambassadors International to help fight poverty. Airline Ambassadors International was founded in 1997 by…