If any of you have been following my tweets on twitter, you may be wondering what I was up to. I was on a cultural tour of Black history in Missouri. I wanted to post while on the road, but things just didn’t work out (busy from sunup til sundown). I had hoped to salvage the opportunity during my free time at the Millennium Hotel in St. Louis. The pictures on the hotel site had me excited about the luxury rooms.

We drove into the driveway late Friday night during a downpour. The bell boy made our bus back up out into the street without letting the driver deposit us as close to the entrance as possible. Then, the ding dong bell boy comes to the bus with one broken umbrella to handle 14 people. Ummm. Okay. I just walked in the icy rain up the drive.

Check in was relatively easy and I deposited myself inside of room 2503. I was looking forward to a relaxing hot bath in this luxurious hotel. I immediately ran to see the awesome view of the arch. It was a great view. Then I began to look around.

I’m being kind when I say that The Millennium Hotel St. Louis reminds me of a former 1980’s heroin addict that has aged badly. Yes, it is contemporary, but for a rack rate of around $300, I expected so much more. The place was just tattered and worn.

So I went for a steaming shower instead of a bath. The narrow tub had a typical liner and curtain. I got in, but the airflow from the main room cause the liner to keep blowing in on me. I would move it. And it would blow in again. I finally slapped it, but because I was wet it attacked me as if it was angry at me for slapping it. I was really grossed out by the time the really gross shower liner had wrapped around me.

After drying off, I decided to sit and write a Mama on the Move post. The only wireless was available in the lobby for $2.99 per hour. The high speed access was there, but the room’s cord was missing. My wireless was picking up a signal from the St. Louis Wifi Access. So I got excited and paid the $7.99 for access. Of course the pages to pay loaded without a problem. Once the payment processed, it took 20 MINUTES to load up a page. I finally got frustrated and shut the computer down.

I then decided to get in the bed and watch tv. Guess what? That contemporary night stand was leaning at an angle. Everything I put on it slid to the floor, even the tv remote.

I thought at first that maybe it was just me, but after speaking to a few of my traveling companions and hearing their horror stories of their rooms (one gal switched twice and another was charged twice for the high speed internet) I realized that my opinion was justified. The Millennium Hotel in St. Louis sucks.

Anyone who is a fan of the Harry Potter series of books and movies has heard of Universal Orlando‘s Wizarding World of Harry Potter. When it first opened, ThemeparkMom was there to give a preview of just what this theme park in a theme park had to offer. Earlier this week, I finally had the…

As summer temperatures heat up, so do family travel plans!  No place in Alabama offers more for families than the Muscle Shoals area, located in Colbert County.  A sparkling river provides the northern border of Colbert County, offering a mutitude of opportunities for fishing or hiking along riverside trails and in parks. The Freedom Hills on the western side provide… 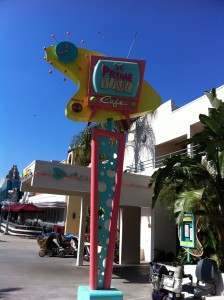 I enjoy sampling signature cocktails of the destinations, restaurants, and attractions I visit during my travels. Other travelers must enjoy a similar pastime, because our adult beverage posts on TravelingMamas.com seem to be popular with our readers, especially our post on how to find an adult beverage at Disney. During my visit to the Disney Social Media Moms…

For years I’ve dreamed of attending CES – the International Consumer Electronics Show in Las Vegas, Nevada. It’s an annual event where the cream of the tech crop introduces the newest and most innovative tech gadgets coming to consumer markets. Last year, my teen son watched the coverage live via G4TV and we would discuss…

We love to travel at TravelingMamas.com and we also love to give things away. What gets us jumping for joy is being able to give our readers a trip so they can experience a smidgen of what we get to do when we’re on the road looking for the best travel destinations to highlight here. For the… 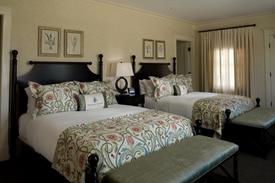 As a travel writer, I go lots of places, and I take my kids with me at least half of the time.  Yes, my two tween daughters are world travelers, but pretty much their favorite place on earth is only about a two hours’ drive from our house – it’s sweet, it’s fun, and it’s…