Another week, another beach trip.  Our destination this week?  Block Island, a sliver of land off the coast of southern Rhode Island, casual, beachy, and fun.  And unlike on my girlfriend getaway to Lake Superior a couple of weeks ago, my ten year-old daughter, Abby, and I lucked out – no rain (except at night, when it cooled everything off ) and tons of perfect beach days.

Abby and I headed to Block Island on our own because my husband is not an island-type guy and my older daughter doesn’t like anyplace where there’s not instant access to the internet.  Abby and I, on the other hand?  We love sunshine, and books, and kicking back, and solitude.  We love pretty views and strong breezes.  In short, Block Island is our idea of heaven – that’s why I come back year after year.

The island’s getting more popular, but it’s still not nearly as nuts as, say, Martha’s Vineyard or Nantucket, and it’s not nearly as highbrow, either.  To get here, you ride a ferry from Point Judith, Rhode Island for about an hour, then get off in town.  Beware, though:  to get a ferry reservation for you and your car to hit the island in July, you’ll need to call in January – I’m not kidding.  I didn’t call until March, and I had to call back a million times until I could get ANY (read: any) reservation on my desired dates.  If you don’t get  a reservation, plan to line up in Point Judith at 6:00 a.m. and wait to go standby – not fun, as Point Judith has nothing to do but wait in line for the ferry.

To make lodging reservations, you’ll also want to call in January, especially if you want to rent a house.  We’ve rented the Barn at Schooner Point for several years (I’ll get to the pros and cons of that in a minute), but wherever you rent, I highly recommend that you spring for a place on the water.  The views off this island are spectacular, and, as there’s not a whole lot to do on the island other than hit the beach, you’ll appreciate the ability to watch the boats sail by while you eat burgers on your deck.

One more tip: Be sure to buy groceries and anything else you’ll need in Rhode Island, before you get to Point Judith.  Groceries on Block Island are outrageously expensive (logically so, as they have to come over by ferry, too); for example, a pint of Ben & Jerry’s runs $6.39 (as compared to $3.99 on the mainland), and an average-sized bag of grapes is over $10.00.  A 20-ounce Diet Coke (to which I am addicted) is $2.49.  Get the picture?  Buy everything you need on the mainland, then cart it over in your minivan.

Because we wanted to blog about our trip, Abby and I tried to hit all ends of the island, as well as a bunch of different stores and restaurants.

Abby in her incredible sand pit – all the other kids on the beach were in awe.

On the other hand, we probably wouldn’t return to:

As for the Barn at Schooner Point, it’s great for some (like us), but it’s not for everyone.  On the upside (the reason we rent it year after year), it’s on one of the prettiest points of land I’ve ever seen anywhere, on the southwest side of the island, on ten acres right on the water.

The living space is charming and quirky, and it’s quite comfortable for two or even three people.  On the downside (at least for some), it’s a studio apartment on the top floor of a barn.  There’s no air conditioning or internet (or even cell phone reception most of the time), you cook on a propane-powered hot plate, and bugs and birds make their way in even though there are screens.  Because of the way the wind blows, everything gets damp:  library books, beach towels, clothes.

To Abby and me, it’s heaven – quiet, peaceful, away from everything, with a view to beat all views.  But then, as I said, we’re-sit-in-the-sun-and-read-our-books-type-of-people.  If it’s nightlife you’re after, stay in town – or, better yet, pick another island.

I had the pleasure of experiencing a night at Auberge Ripplecove Inn and Spa located on Lake Massawippi after a day of shopping in Quebec’s Eastern Township Region. It is set on 12 private acres on a small peninsula. I was visiting as part of a girlfriend getaway group. When we arrived yesterday evening, I…

This is a Sponsored Post written by me on behalf of Hampton Hotels. All opinions are 100% mine. We love, love, love finding trip and hotel giveways for readers of TravelingMamas.com. This latest offering we’ve found is the Hampton Chain of Friends Sweepstakes. Not only is Hampton Inn Hotels giving away 100 free weekend stays…

In the new Betty White sitcom “Hot in Cleveland,” actress Valerie Bertinelli returns from a  night out in Cleveland and promptly announces this to her friends: “He showed me all around Cleveland, and I’m telling you, it’s nothing like we think. They have symphonies and museums and light opera…OK, so nobody really likes those things,…

My first introduction to Stonehenge was in history books and television. Then came National Lampoon’s European Vacation. I had hopes and dreams of my dad driving my brother and I right up to monument, but not knocking it over like Clark Griswold. Alas, I had to wait until I was in my 30s to see… 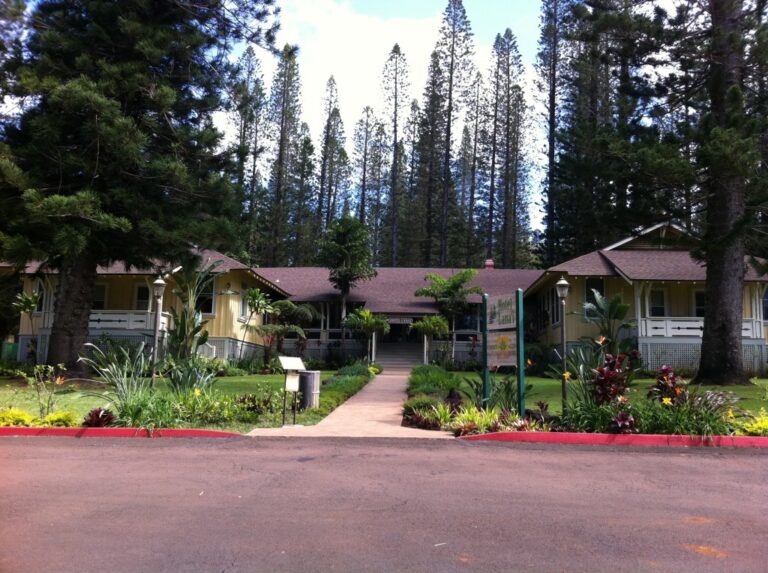 Hotel Lanai in Lanai City, Hawaii is a charming and affordable lodging choice on the private island of Lanai. The hotel was originally built in 1923 by James Dole as a retreat for visiting executives of Dole Pineapple but today is a cozy getaway in the heart of Lanai City for travelers from all over the world….

Family travel can be very convenient with the proper planning, including a visit to the most popular family destination in the world – Walt Disney World Parks and Resorts. We’ve been doing lots of research to help those of you planning WDW visits so that you can get the most out of your experience. And…