Iceland has been on my shortlist of destinations to visit. It is one of the mystical places in this world to catch a glimpse of the Northern Lights, if you’re fortunate enough to have clear skies and recent solar flare activity. I had been itching to see the lights, and when a great travel deal came through my inbox, I moved things around my schedule and booked a flight that would fit within my limited time frame. While the deals were enticing, getting from Louisiana to Iceland still presented some challenges. Fortunately, JetBlue is a partner airline and I was able to book a departure of MSY-JFK-KEF and a return flight KEF-BOS-MSY with arrival just in time to make the Mardi Gras weekend celebrations.

Booking via JetBlue was the best option; however, it did have its drawbacks. There were no selections for booking various classes of service and the option to choose a seat on Icelandair was not possible. I could not even find out if a checked bag was included or even how to pay for baggage online.

Flight from New Orleans to Keflavik via JFK

The JetBlue app did allow me to check in online for the first leg. When we arrived at the JetBlue ticketing desk to drop our bags, we were given our seat assignments and our checked baggage was not an extra charge. It was checked all the way through to Iceland. We went through security (TSA Precheck), and grabbed a mimosa to sip on at the gate until boarding. It was a pleasant and relaxing experience, giving the beginning of the journey a positive vibe.

Upon arrival into JFK

Connecting from JetBlue to Icelandair through JFK is one big cluster. We had to exit the secured area and travel to another terminal, which didn’t seem to be an issue at first, because we had TSA Precheck. When we arrived at the correct terminal and went to enter security, we were told we could not use TSA Precheck, even though other travelers were allowed to go through this more convenient security line. Fortunately, we had a long enough layover that standing in the long line wasn’t an issue. However, having to unpack my carefully packed carry on was one big pain in the behind, as I was beginning to feel fatigue set in since I had worked the night shift before setting off on our adventure.

At the gate, we were asked to report to the gate desk to have our passports checked and we were given seat assignments in Economy. The seats were together and with the airplane’s seat configuration of 2-3-2, this worked out well. We boarded when our rows were called and liked how the aircraft boarded from the rear first. This made the boarding process seamless. As we arrived to our seats, there were pillows and blankets, along with a bottle of Icelandic Glacial water waiting for us.

We settled in for the five-hour flight. Icelandair provides movies on demand at no charge, complimentary non-alcoholic beverages, and for a charge there are snacks, meals, and alcoholic beverages. At first, the seat was comfortable, but after a while the lack of seat padding was evident.

When we landed at Keflavik International Airport at 6:00 am, we went through customs, which took approximately 30 minutes due to multiple flights arriving within a few minutes of each other. Even though we were running on low energy, the excitement of landing and being in a new country boosted us with a second wind. Of course, having a driver waiting for us with pure Icelandic water helped the situation! It was dark outside, a brisk chill in the air, and a bubble of excitement welling up in my chest. Our drop-off point to begin the Iceland experience was Silica Hotel at The Blue Lagoon!

Our Time in Iceland

The visit to Iceland was otherworldly and we were completely stunned. You can read all about the lodging, activities, food, and the people we crossed paths with in another post. We spent a few nights in Reykjavik at Canopy by Hilton Reykjavik City Centre before ending our Iceland experience with a grand finale of one night at The Retreat Hotel at The Blue Lagoon. Unfortunately, all good things must come to an end, and when our driver took our bags from the lobby of The Retreat, a wave of sadness came over me to leave Iceland.

Checking in on Icelandair KEF to BOS

We were unable to check in online since our booking was through JetBlue. We arrived at the airport a few hours early, and were denied checking in our bags at the Kiosk. So off we went to wait in a customer service line, only to be told at bag check that we had to pay for our bags. While it was unexpected, the hassle came when we were told we had to go to an office to pay for the bags, then go upstairs to bring our receipts and only then would the flag on our bag be removed and placed on the aircraft home. This seemed a bit extreme. Fortunately, at the office we were sent to, no one else was there and $126US later the agent said we did not have to do anything else as the flag would be electronically removed.

Before going through security, to get a tax refund on purchases, there is yet another line to wait in. Each receipt needs to be filled out completely and credit card number written on each one to receive a refund. This seemed sketchy to me with all the credit card fraud that could occur, but my fingers are crossed the low crime rate in Iceland holds firm.

The security line wasn’t too much of an issue, and we headed to grab a bite to eat and shop for some last-minute duty-free items before arriving at our gate. We were corralled in a crowd to scan our boarding pass before waiting in another line for a bus that would take us to the airplane. And the majority of other travelers were very rude, trying to skip or push their way to the front. When the bus pulled next to the plane, it was a free for all to get on the plane. Savages.

TIP: GO TO THE BATHROOM BEFORE arriving at your gate. There was only ONE in that area and it was a good walk away and also down a flight of stairs.

We found our seats and settled in to our middle and aisle seats. I had a nice lady as my seat mate in the window knitting during the flight. After takeoff, I caved and bought a glass of wine which sure helped me sleep for the almost six-hour flight to Boston.

Upon arrival into BOS, we had to go through customs. This took a good 45 minutes, with having to claim our luggage, recheck it, answer a barrage of questions, only to find out after we were in line that BOS offers Mobile Passport. If you don’t have the app already, get it! You can use it in some cruise ports and airports where you save time coming back into the US if you are a US Citizen.

While I thought JFK was a cluster for International travel, BOS is competing with them for 1st Place. Once again, we had to leave the secure area, walk to another terminal, and go through security all over again. I had TSA Precheck, so I was still in positive spirits, as thorough security is a good thing. However, the TSA agent said my ticket wouldn’t scan, so I had to get out of the Precheck line and go through the long security line AGAIN, and take all my electronics out of my bag. Oh well, so much for paying the five-year fee to utilize TSA precheck!Of course, due to all the crazy weather, our JetBlue flight was delayed 4 hours. We didn’t arrive into New Orleans until 4:00AM. Fortunately, when we arrived at The Roosevelt New Orleans, our room was waiting for us, comfortable and cozy. We had a nice long rest before that night’s Mardi Gras masked ball, and we dreamed of a return for Icelandic glaciers, waterfalls, and fjords.

While the hassle of air travel is what it is, I will definitely be traveling to Iceland again and know how to better prepare for a flight on Icelandair. And if my budget allows, and the options present themselves at booking, I will highly consider flying Saga Premium Class on my next flight to this beautiful country. For more information, visit Icelandair.is 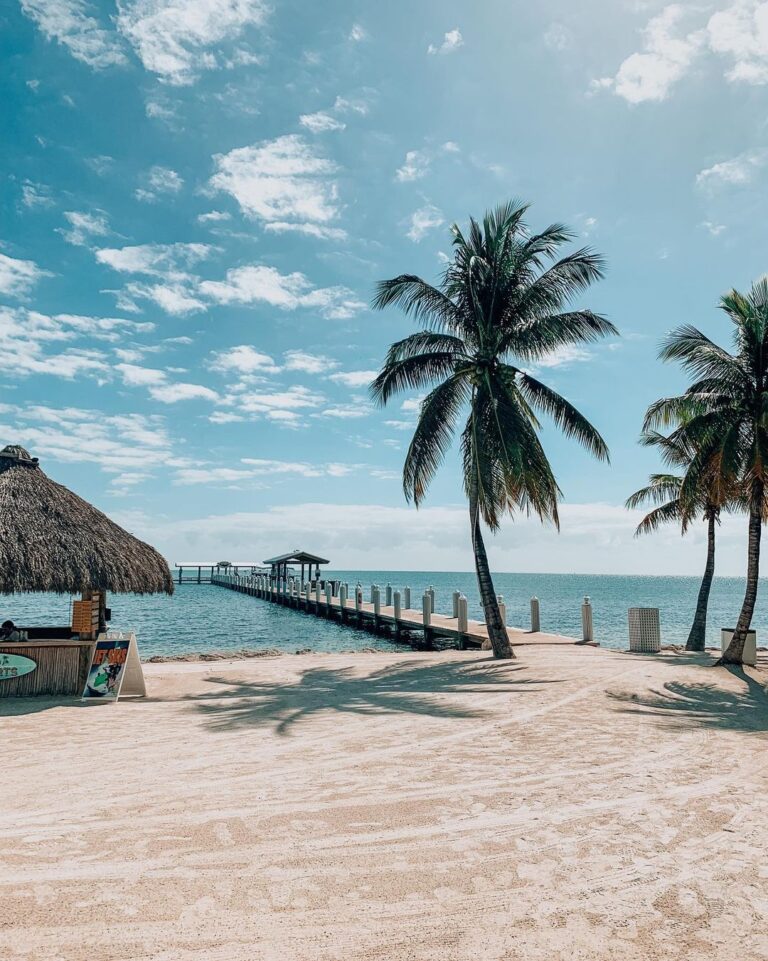 Little CajunMama (LCM) and I decided that we needed to get away and take a Mother/Daughter trip. I was looking forward to spending quality one on one time with my daughter. She was excited to just GO (her favorite word). We both love the sun and beach, but needed someplace that would enable me to…

Last year was an amazing year of growth at TravelingMamas.com. Not only did our traffic soar, but our contributing writer lineup grew as well. We hosted some fabulous events and worked with amazing brands. In 2011, we have even more things planned, with group trips, a magazine launch (we’ll tell you more about that later), and…

Families visiting Walt Disney World and other Orlando area theme parks will find great value and luxury at the Hilton Orlando Bonnet Creek. I took my family to check out this property during a recent visit to this top family travel destination. I didn’t realize until we saw this property with our own eyes just…

Spending Halloween in Vegas? If so, you’re in luck! Here are some of the Halloween happenings in Las Vegas for 2010: Haunted Reef at Mandalay Bay Thrills and Chills Shark Reef Aquarium eerily transforms into a Haunted Reef for those who dare to enter the unknown on October 30. Costumed children aged 12 and under…

I was in love with Venice before we even met. I was obsessed, watching Venice virtually through webcams and reading every story and blog about her. And then my opportunity to meet Venice in real life became a reality. We were able to have a brief affair, with only 24 hours together. Venice has a…

If you aren’t staying at a beach resort in Cozumel, you can still get the beach time you might be looking for. Cozumel has a number of beach clubs available for day use, with facilities, bars and other amenities. One of the most popular beach clubs is Paradise Beach, which recently added a new pool,…