For the past few months between trips, I’ve been enjoying the experience of learning about 3D TV thanks to LG. I was sent a television to review for a limited time and its come in quite handy during my downtime. When I’m not traveling, I’m watching travel and food shows on television. With LG, I was able to feel like I was right there traveling along with Karl Pilkington in “An Idiot Abroad” or trekking through back streets to enjoy local cuisine with Anthony Bourdain’s “No Reservations”.

No, not all of these shows are in 3D, but with the LG SmartTV and the touch of a button, my screen went from 2D to 3D simulation in a snap. Here are some of the features I loved about the LG 55″ 3D SmartTV.

Easy Set Up – Once the unit was delivered, my son an I just opened the box and hooked the television to the cable and BluRay via HDMI cables. We plugged it in and it was ready to use. It was so light, we didn’t need any lifting assistance.

Wi-Fi Capability – Once the television was on, we set up some of the features, like Wi-Fi which enabled me to watch NetFlix, YouTube, and Hulu right from the recliner. And I could flip the 3D button for an enhanced picture. I could also browse online and update my social media accounts on Twitter and Facebook. Convenient!

The Magic Remote – It’s like having a magic wand to wave over the television screen and it is simplicity at its best. There’s a home button, power button, volume and channel selectors, and the 3D magic option. I was so glad to see such an easy remote because I’ve seen Universal remotes that require college courses just to learn how to turn on the electronics its connected to.

3D Glasses – This television comes with six pair of easy 3D glasses. Gone are the days of one red lens and one blue lens. Today’s 3D technology is much easier on the eyes and is absolutely stunning on this LG SmartTV. One night the family had a 3D viewing party and we watched some of the free 3D programming available through our cable provider, Cox. One program was an undersea adventure and it was just like watching the 3D IMAX at the Aquarium of the Americas.

2D to 3D – I’ve been to CES a few times and 3D has been one of the hot products the past couple of years. But, there is a such thing as product overload and I honestly had no idea it was possible to watch regular television channels in 3D. Granted, it isn’t true 3D but it’s pretty darn close.

Versatility – This particular model has 4 HDMI ports and we were able to set up the XBox, cable box, BluRay Player, and even an external hard drive that houses some digital movies.

Overall I was impressed with this particular television and was glad to have the opportunity to experience 3D television in my home. Each time I turned on the television I learned a little bit more about it and there are still so many aspects to the model to be discovered. I will admit that while watching 3D at home was fun, it is more of a novelty and not the manner I would watch every program. This particular television had such a crisp and clear picture that I am considering purchasing this for continued personal use.

The LG 55LM7600 55 Inch Class Cinema 3D SmartTV has a suggested retail price of $2549.99 – all the specifics can be found on the official LG USA site. The television was sent to my home as a review product, a typical practice in the technology and lifestyle industries. No compensation was given for my opinion, which is always honest and statements are 100% mine.

Women can’t do anything from water.org on Vimeo. When we travel with our families, we don’t give a second thought about handing a drink of water to our children when they are thirsty. Airports provide drinking fountains for those of us who don’t want to purchase water and most airlines provide water free of charge….

Carnival Cruise Lines is one of our favorite family cruise lines and here is yet another reason. They just announced the offering of an exclusive shore excursion that is sure to wow family’s cruising to Saint John, New Brunswich on the Carnival Glory. Available only on the August 5 and 10 five-day departures, families can…

When traveling on a family vacation, one way to burn through your budget is eating out every night. When my family travels to a vacation home rental or we meet up with my parents and their RV, I do bring along some frozen, easy to prepare meals. We’ve used Schwan’s home delivery service for a…

Consolidating all of a traveling mamas’ gear into one carry-on bag can be a daunting task. Shoes are items that can not only take up a lot of space, but can ruin the clothes you pack along beside them. A hot trend I’ve noticed lately is the wide variety of travel shoe bags available for… 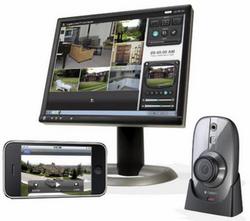 Having your home broken into is a scary event. You feel violated. You feel scared. You can no longer sleep at night, worrying if the burglars are going to break in again. I know this because I’ve had my home broken into before. It’s disturbing to know that someone had been watching my house to keep track of…

When my children were younger, like most moms, I traveled with a bag filled with every item imaginable. An item that took up half the bag space were the diapers. Not only were they bulky, but if a bottle happened to leak in the bag or something spilled, the diaper would get wet and be…